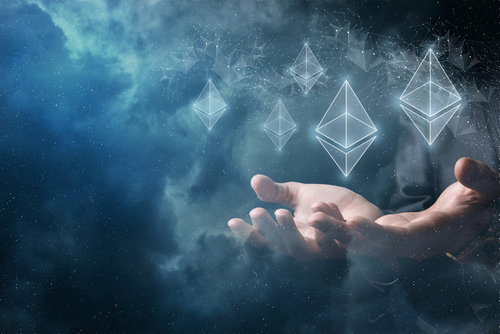 The world’s second-biggest digital coin has surpassed its major rival Bitcoin in terms of trading volume over the first half of 2021 based on the most recent studies.

Ether’s trading volume increased much faster than Bitcoin’s in the first half of this year following new reports from leading U.S. crypto researchers and exchanges such as Coinmase.

The Coinbase Institutional H1 2021 in Review report, revealed on July 26th that the first half of 2021 has been one of the most active periods for digital assets, with numerous new record highs in prices, boosting user adoption, and trading activity.

Following data from twenty exchanges all over the world, the report stated that the trading volume for Bitcoin touched $2.1 trillion for the period, 489% higher compared to $356 billion over the first half of 2020.

Ether’s total trading volume hit $1.4 trillion, however, its expansion has been much faster, up 1,461% from $92 billion in the first half of 2020. Coinbase noted that it has been the first period of time on record that Ethereum’s trading capacity surpassed Bitcoin’s.

The study also researched total crypto market capitalization, which started the year at $769 billion, topped at $2.4 trillion in May, and finished the term at $1.4 trillion, marking a net  boost of 86% year to date.

The second most wanted crypto coin gained 895% over the 12-month time-frame and boosted 210% over the 6-month period ending June 30th. Coinbase linked some factors to this growth, e.g., increased usage in DeFi, investor optimism in the transition to proof-of-stake, and the rise of layer-two scaling solutions for the network.

In January, Cointelegraph forecasted that Ethereum will become the main asset for investors in 2021. Both BTC and ETH have demonstrated impressive results over the past week boosting 32.4% and 27.7% respectively.